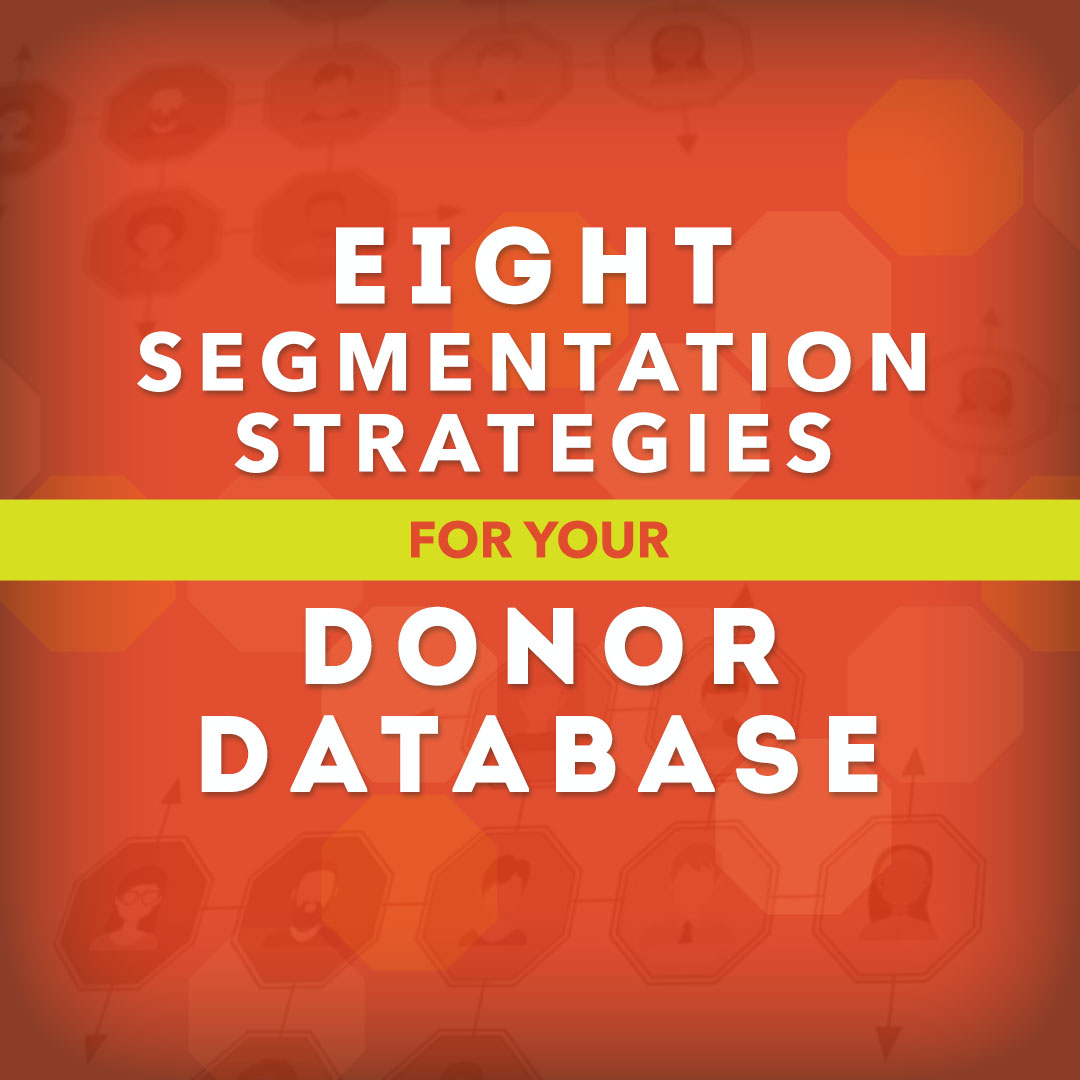 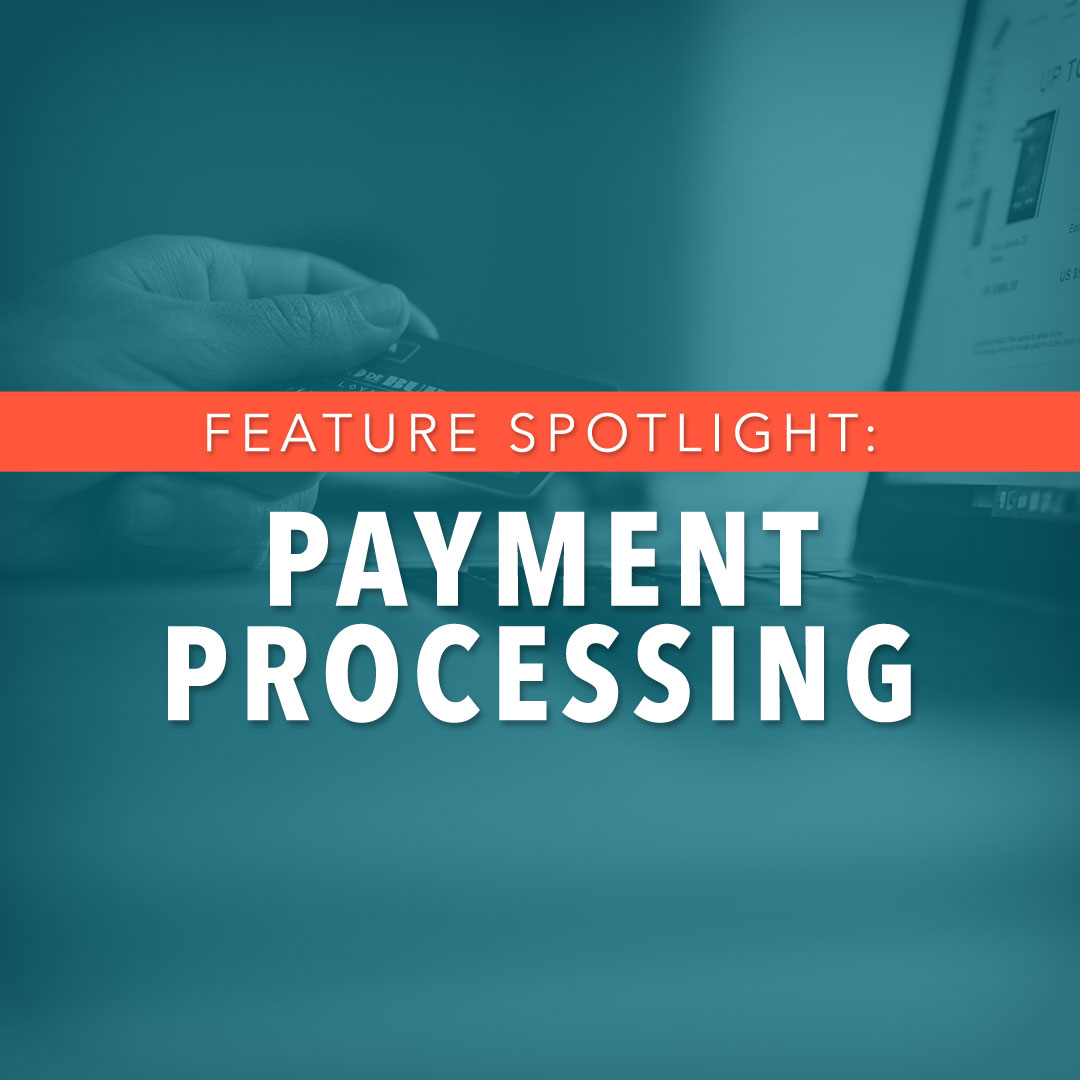 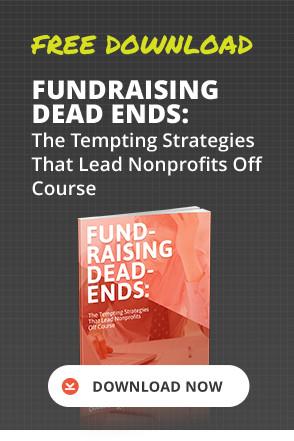 Get Lapsed Donors to Give Again 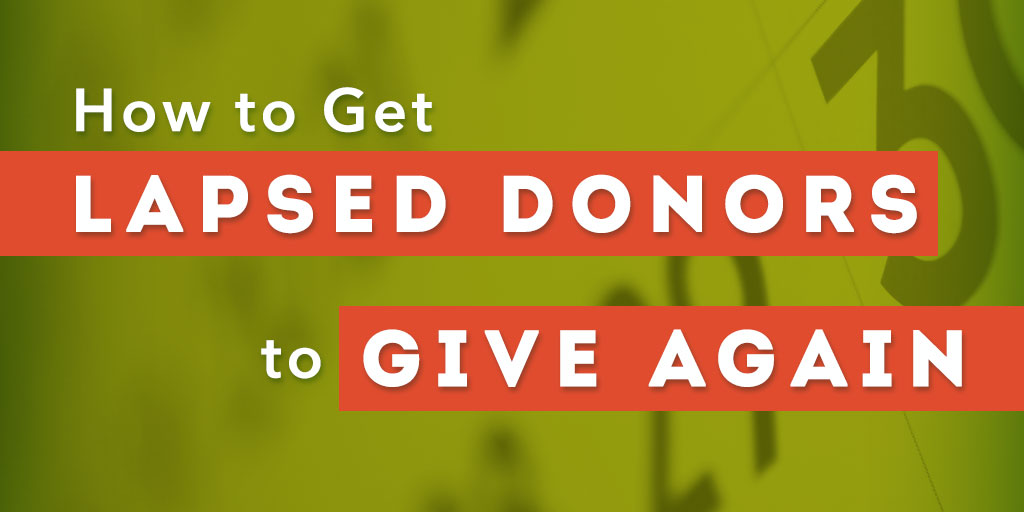 When’s the last time you took stock of your lapsed donors? Have you tried to reactivate them recently?

Lapsed donors represent a huge pool of opportunity, but sadly too many organizations ignore them and eventually forget about them. However, ignoring these lapsed donors and choosing instead to go after new donors to keep the donation pool full is not only incredibly time consuming but also very expensive.

Here’s why: To get a new donor, you first need to find the right kind of donor prospect, then you have to attract them to your organization by telling them about yourself and sharing about the work that you’re doing. After that, if you even still have their attention, you need to make an ask and hope that they’ll be interested enough to say yes and hit the give button.

That alone takes a lot of time, a lot of effort from your team, and a lot of expensive resources. While acquisition does have its time and place, it should never be used in lieu of a reactivation campaign. Getting your lapsed donors back into the giving spirit is not only much easier to do but can be much more profitable for your organization. See your lapsed donors already know who you are, they’ve already seen the impact of your work, and at one point in time, they cared enough to give to that cause. All you have to do is take a little time and effort to show them that you want them back.

But you can’t just keep sending your lapsed donors the same emails and direct mail and advertising that the rest of your current donors are getting.

Reaching out to your lapsed donors and bringing them back into active participation with your organization will require a little extra thought from you and your team.

Start first by analyzing how many lapsed donors you have. Take that group and keep them divided by donor level—major, mid and lower level. Doing this helps you stay organized since the way that you should try to reactivate each one of those groups will be a little different for each one.

If possible, your major and mid-level donors should get a very personal message from you, preferably an in-person visit. If you only have a few major and mid-level lapsed donors, then go the extra mile and do a dinner or coffee meeting with each one. If that’s not possible for your team or if you have too many of them, you should aim for at least a phone call so they know that they’re worth more to your organization than just a letter or email. The magnitude of the communication should match the magnitude of their gifts.

For your lower-level donors, you can stick to thoughtful emails and direct mail appeals. Just make sure you’re being strategic in every step of the way. If you only have a few of these lapsed donors as well, consider using phone calls with this group too.

So when you do make contact, what you say and how you present your case will be very important. You really only have one chance to try to welcome them back into the fold, especially if you’re doing a personal visit or phone call. Here are some key talking points.

First, thank them. Even if their most recent donation was months or years ago, thank them for their support. Make it sincere and heartfelt and ensure that they realize your organization wouldn’t be where it is without their support.

Second, share that you miss them. People want to know that you notice when they aren’t presently engaged in your work. Otherwise, they feel unimportant—as if their lack of participation has made no difference or impact on the organization’s success.

Third, share what you’re currently doing. Share with them updates about the organization’s current work and the impact that it is making. Get them excited about your outreach and show them how donor support makes everything possible along the way.

Last but not least, invite them back. Here’s where you make the ask. You’ve thanked them, told them you miss them, and shared exciting updates. Now it’s time to seal the deal. And for some of your donors, the ask may look more like inviting them to an event rather than asking for a donation right then and there.

Your lapsed donors want to feel just as important as your current donors do, so go out of your way to create in them a desire to return!